Should Large Trucks Have a National Speed Limit?

Home » Should Large Trucks Have a National Speed Limit?

Should Large Trucks Have a National Speed Limit?

For the second time in nine years, the American Trucking Associations (ATA) has asked the Department of Transportation to establish a rule requiring electronic speed limiters on all large trucks to be set no higher than 65 miles per hour.

ATA, which represents the nation’s largest trucking companies, first petitioned the National Highway Traffic Safety Administration (NHTSA) and the Federal Motor Carrier Safety Administration (FMCSA) in 2006 to mandate that trucks with a gross vehicle weight—a combination of the weight of the tractor, trailer, and freight—of 26,000 pounds or more have their speed limiters fixed so their drivers can go no faster than 65 mph. The government said in January 2011 it would move ahead with the mandate. Nothing has happened since then, ATA said.

In 1973, responding to the Arab oil embargo and the resultant fuel shortages, Congress established a national speed limit of 55 mph. The mid-1980s: it allowed states to raise speed limits to 65 mph on rural interstates. In 1995, it repealed the law and allowed states to set their own speed limits. Today, only two states west of Pennsylvania—Wisconsin, and Oregon—maintain maximum speeds of 65 mph. Five states have raised their maximum miles per hour to 80. Only a cluster of states in the densely populated northeast and parts of the mid-Atlantic still maintain 65 mph maximum speeds.

According to ATA, federal data show that driving faster than the posted speeds or too fast for road conditions were the primary causes of 18 percent of all fatal crashes where a large truck is deemed to be at fault. “A speed-limiter rule won’t prevent all of these crashes. But it will certainly help,” Bill Graves, ATA’s president and CEO, said today. About 70 percent of trucking companies currently use electronic limiters, but that percentage falls short of what’s needed, Graves said

Graves added that ATA supports a national speed limit of 65 mph for all vehicles. Decisions by states to raise limits beyond that threshold “are reckless and are needlessly endangering millions of motorists,” he said. Nationwide, speed is a cause or a factor in nearly 30 percent of all fatal crashes.

A reduction in maximum speed limits would also generate significant fuel savings, according to ATA. For example, a cut to 65 mph from 75 mph would cut heavy-duty diesel consumption by 25 percent, the group said.

Truck users were either supportive or neutral about the initiative. The Transport Intermediaries Association (TIA), a group of property brokers did not have a position on the truck speed limit issue. Nor did the National Industrial Transportation League, which represents mostly industrial shippers. However, NIT League president Bruce Carlton said he thinks it’s a good idea to cap maximum speeds at 65 mph. NASSTRAC, another shipper group, said it supports the ATA proposal, though it doesn’t have an official position.

The Owner-Operator Independent Drivers Association (OOIDA) said there is no provable safety benefit of the speed-limited trucks. Differences in truck speeds present more of a safety risk. Because of the resulting increase in “traffic interactions” leads to a greater potential for accidents, according to the group. 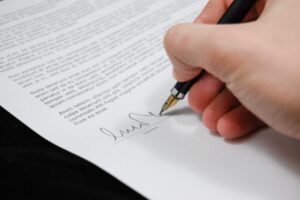 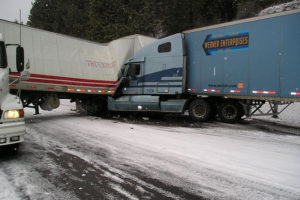 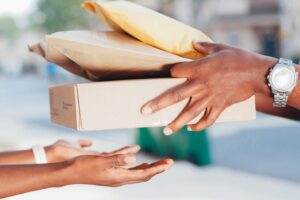 The holiday shopping season is upon us! For many families,[...]