SAFE Trucking Act. The Safe, Flexible, and Efficient (SAFE) Trucking Act would “allow fewer trucks to move more cargo in a safer manner. At least six major associations applauded loudly. But, at least initially, it has drawn no support from trucking-specific lobbies.

Only the latest news from the trucking industry on FML Freight Blog.

Ribble said that he plans to introduce the SAFE Trucking Act as an amendment to the long-term highway bill so that the House Transportation and Infrastructure Committee could discuss all terms.

He noted that there is a “fairly broad coalition of members [on the House Transportation and Infrastructure Committee] who support itfrom both parties, but I will let them speak for themselves” on his bill. “On the Senate side, I expect [including] this act will be worked out during the conference process.”

The bill “would allow our freight shipping industry to be more efficient while creating less pavement wear and tear and improving safety on our shared roads and bridges,” he said. Ribble noted that another aim of the legislation is “to move heavier trucks [allowed in some states] off local and state roads and onto Interstates.”

Article from GizMag Safety Truck camera When driving behind[...] 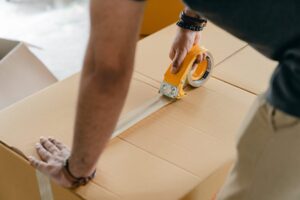 How To Safely Ship Fragile Items

Home delivery has become so commonplace these days that no[...]