(As seen on Bulk Loads)

Truckload carriers began to add incremental capacity to meet shipping demand in the third quarter, pushing up the JOC Truckload Capacity Index by 1 percentage point to 82.7.

Carriers that were solidly “overbooked” — with more available freight than tractor-trailers — in the quarter appear to be in the early stages of adding capacity. But those additions will likely come only where and when carriers can get the best return on capital investment.

The JOC Truckload Capacity Index, based on actual truck counts at a group of large publicly owned carriers, has climbed for three quarters and is now at its highest point since 2011. However, the index indicates capacity at larger truckload companies is still 17 to 18 percent below pre-recession levels set in the fourth quarter of 2006, the index’s base period.

That means new capacity is not entering the truckload market quickly, and it may not be entering the over-the-road long-haul market at all. Some of the trucking companies included in the index have been adding vehicles to dedicated, intermodal and regional operations. The index does not differentiate between divisions within a truckload carrier, though it does not count trucks added by acquisition to better reflect organic changes in truck capacity.

The index does not reflect changes in capacity among the smaller, privately owned carriers that make up the bulk of the truckload sector. Some observers, such as Jeffrey G. Tucker, CEO of QualifiedCarriers.com, see a shift in capacity away from large truckload carriers, which slashed truck counts during and after the recession and are reluctant to increase them.

Net Class 8 orders — as well as orders for Class 5 to 7 medium-duty trucks — have increased substantially in recent months, driven by a healthier U.S. economic climate. Net orders for new Class 8 tractors came in at 46,200 units last month, according to preliminary data released by ACT Nov. 4. That compares with 24,842 Class 8 units ordered in September, 25,363 units in August and 30,103 units in July, according to ACT.

The economy has expanded more than 3.5 percent in four of the past five quarters, and higher year-over-year level of economic activity in the second and third quarter of this year is releasing pent-up demand for new and replacement vehicles, the research firm said.

Last quarter’s 82.7 reading compares with a reading of 81.9 in the third quarter a year ago.

The index is still only 3 percentage points off its all-time low of 79.7, a nadir last hit in the first quarter of 2013. Since the end of the recession, “We haven’t really needed to add trucks,” Tam said. “I think we’re there now. That’s why we’re seeing such strong activity in late 2014.” Most of the trucks being ordered now will be built and delivered in the first half, he said.

However, the trucking industry will need to recruit a much higher number of drivers to operate those trucks. The shortage of qualified truck drivers is now the biggest check on the expansion of trucking capacity — not the ability to purchase or finance equipment. 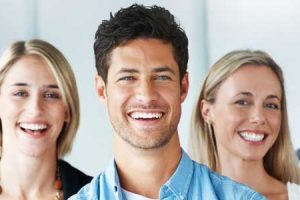 Does it really take a special breed to be a truck driving man?

Article credit to Russ Ufberg There’s a line in[...]