Are Six-Axle Semis the Next Best Thing?

Home » Are Six-Axle Semis the Next Best Thing?

Are Six-Axle Semis the Next Best Thing?

According to the following article, no…six-axle semis are not the next best thing.

Today’s standard freight-hauling rig in the U.S. is the five-axle semi, limited to 80,000 pounds gross combination weight on most federal and many state highways. That might change under a bill now in Congress. A proposal from Rep. Reid Ribble (R-Wis.)would allow states to authorize 91,000 pounds GCW on six axles. Productivity — hauling more freight with fewer trucks — is the goal of the bill, dubbed the Safe, Flexible, and Efficient (SAFE) Trucking Act.

Don’t hold your breath for it to become law, though, because many people inside and outside the industry are opposed.

Six-axle semis are not the next best thing

The railroad lobby has already lined up against it, as it always does because the rails fear losing more freight to truckers. The Truckload Carriers Association opposes it, and in a letter to Congressman Ribble, explained that only a few truckers would actually benefit – probably haulers of dry and liquid bulk commodities. Van and reefer operators might be forced… 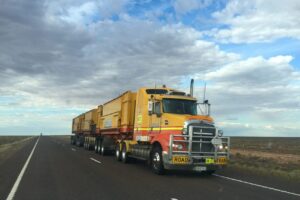 The growth of e-commerce has changed the way we buy[...]

Article credit to Evan Lockridge on TruckingInfo While some[...]