Given these numbers, you might expect Congress to be agitating for tighter controls on big rigs. In fact, many members are pushing for the opposite – looser restrictions on the trucking industry and its drivers.

The proposals represent a wish list of the trucking industry, including allowing significantly longer and heavier trucks, and younger drivers. The industry spends heavily on lobbying and campaign contributions, giving largely to Republicans, who control both the House and Senate.

Truck safety advocates – many of whom have lost loved ones in big rig crashes – are dismayed over what they describe as the industry’s efforts to use Congress to achieve dangerous policy changes.

“There’s no logical reason why this would make our streets safer,” said Laurie Higginbotham of Memphis, Tenn. Her 33-year-old son, Michael, lost his life when his Jeep Cherokee plowed into a tractor-trailer making an illegal U-turn on a dark stretch of road in November 2014. 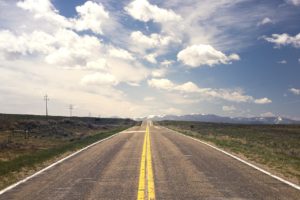 Article credit to Deborah Lockridge at TruckinInfo The House[...]